"Doctor...I'm sorry...I seem to have misplaced my handbook."
This article is a stub.
You can assist the Hellsing Wiki by adding more information to it.

Mr. Victoria was Seras Victoria's late father and the husband of Mrs. Victoria.

He has dark blue eyes and grayish blond hair. His face is somewhat angular but mostly blocky and square like. He has fair skin and strong, prominent features.

In the anime, he has brown hair and gray-blue eyes, with a square-jawed face and a slightly darker complexion than his daughter's.

Mr. Victoria was an undercover police officer, a particularly dedicated and astute one which eventually led to his death. He first appears in the seventh episode of Ultimate as a corpse after two hit-men sent by the criminal ring he had infiltrated break in and ransack the house in their attempt to kill him. The men shoot him through his chest, mock him as he bleeds to death, then kill his wife "just for fun" when she confronts them herself. Seras hears them kill her parents and sees them defile her mother's corpse. Presumably, it was her father's profession and possibly even the way he died that inspired Seras to become a police officer herself despite others trying to dissuade her.

In the 8th episode of the anime, Seras visits her old apartment. On the drawer can be seen photographs of her father, a policeman, with a younger Seras. It is implied that Seras was raised only by her father in the anime, as there is no woman in the photos and as she apologizes only to her father, not mentioning her mother. She is then interrupted by Harry Anders, who claims to be a friend of her father. 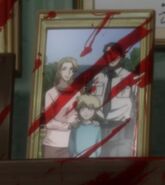 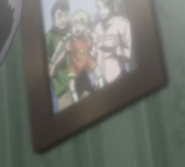 Add a photo to this gallery
Retrieved from "https://hellsing.fandom.com/wiki/Mr._Victoria?oldid=27293"
Community content is available under CC-BY-SA unless otherwise noted.